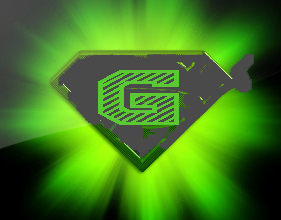 I recently met one of our company’s newest top producing agents and had the chance to chat with him after watching him walk across the stage many, many times collecting award after award. I made the comment that he was the companies’ new giant!   His wife told me that his parents told him as a child that they had found him in a field of kryptonite, that he could do/be anything he wanted.  And you know what?  He has.  I’ll spare you all the details of how since being in the company under 2 years, he’s accomplished more than most ever dream about.  But, it got me thinking.  Wow!  What we believe and think really does matter, it really does.  It also got me thinking, I wish I had parents like that and how my life coulda, woulda, shouda turned out had I had that kind of belief in me.  I almost headed down that self-pity trap but was quickly reminded that I do have a loving parent who tells me that all the time.  It’s just that sometimes I don’t listen, not sometimes,  most of the time.

Why, don’t I listen?  Why is it so much easier for me to believe the lies?  For one thing the lies have been rehearsed and meditated on for years and years and the truth of God’s special belief in me rarely gets focused on.  I want that to change.  I want to think on all the ways God believes in me.  All the ways that God leads me in victory.  I want to think His truths on purpose.  So, how do I do that?  How do I do it on purpose?  The old me would’ve set to work on setting out a plan of how I would accomplish that, but no my first thought was, “God, how do I do it?”  What do you even believe about me, show me?  And this is what He said:
Barb, YOU can do ALL things through me, Christ when you allow ME to strengthen you.  Wow! That is powerful.  That sounds like some mighty kryptonite belief in me from God.
And another, In Him you Barb, have been made complete.  Col. 2:9, 10 ASV   Complete, what does that mean? Dictionary.com says complete=having all parts or elements; lacking nothing; whole; entire.
Lacking nothing?  Why do I always feel I’m not enough, that I’m missing something to make me whole? Always lacking?  I believe a lie!  I am complete in Christ, lacking nothing.
God, how do I believe what you are saying to me?  I have to renew my mind to believe and that takes effort.  It takes “on purpose living”. It takes daily time with Him, studying and learning from Him.
He says a whole lot more to me  I just have to listen.   I have some mighty kryptonite power right at my fingertips, for free! Now I just have to use it.

What about you?  Are you tapping into God’s kryptonite power it’s there for us ALL?

Thanks for stopping by. I’d love to have you follow along and subscribe to my RSS Feed or sign up to receive daily Emails delivered to your inbox . You can also follow along via Facebook.
(Visited 147 times, 1 visits today)
by Barb Camp
Leave a Comment
previous : Our Tailgating Party
next : 15 Halloween Kids Crafts